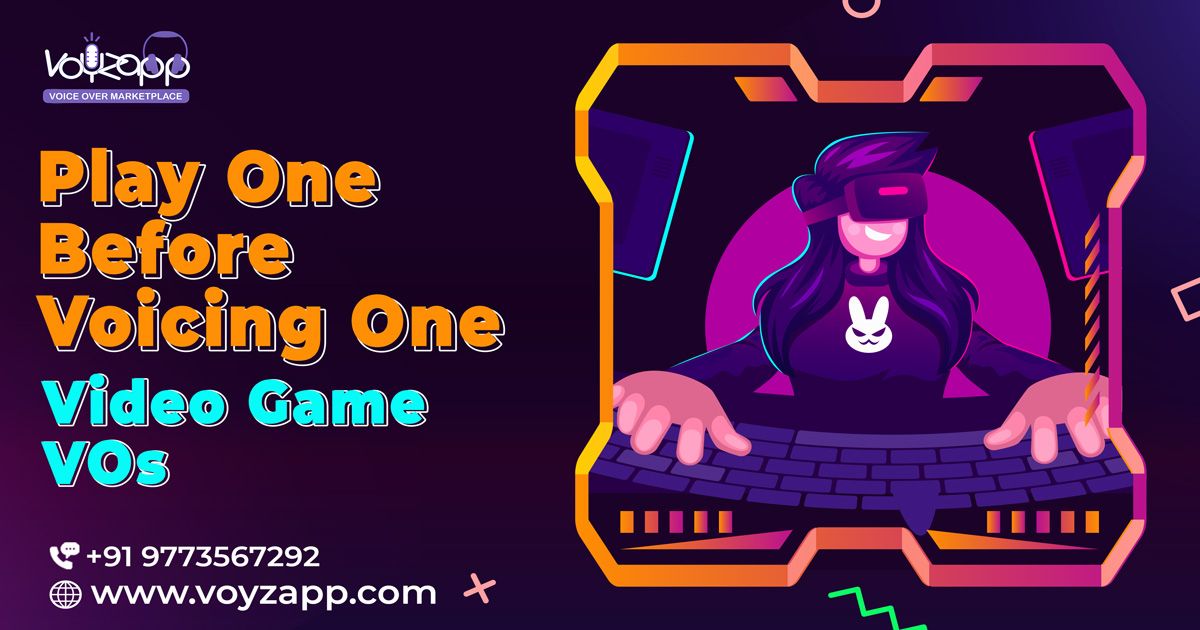 Every new year comes up with its own set of challenges and opportunities. Every year certain genres and industries experience some exponential growth or upsurge in demand and some sink in the void with hopes of being redeemed with time. In the voice-over world, the same thing happens with different genres of voice-over. The year that just went into our rearview mirrors was the year that saw exponential rises and growth in video content consumption. Be it for adverts, explainers, or, the most demanded, eLearning videos. Professional voice-overs for these genres were in high demand and professional voice-over actors, working remotely from their home studios, grabbed the opportunities presented. For the video game industry, voice-overs have played out to be a significant part of the production. As a voice actor getting into one such project could be a career-boosting moment, luckily, there are rising calls for talented video game voice-over actors in 2022. Also, getting into video game voice-overs and voice acting, irrespective of your personal interest puts you up with challenges and characters that you have not encountered before. This in turn not only results in earning voice actors’ good money but also adds a huge plus to their portfolio.

Every year more than 10000 video games are released portraying different gameplay, characters, & more intricate storylines, presenting a vast number of opportunities for voice actors. The best part is every year this number exceeds the previous years’ release. The industry was estimated to earn a worldwide profit of $180 billion in 2021, which it nearly achieved by earning $178 billion by December 2021.  So, why not be a part of this huge profit-making industry and build a strong voice-over career? Sounds interesting? Well, since the industry is so profitable a lot of professional Voice-over actors are looking to land their feet into it. Hence, you should know a few things before you dive into auditioning for video game voice-overs.

What are the popular game categories for which voice actors are called?

The most popular game types include these six –

What are the different Video Game Voice Acting Roles?

Well, you know the popular games, but that’s not enough, you need to get into details. Knowing and understanding the different roles and their requirements will help you to decipher whether or not the character and the game appeals to you as a voice actor. Therefore, the roles –

The Narrator – Narrators are crucial, specifically in RPGs and Adventure games. A Narrator can be the lead protagonist of the game, a different character, or just an invisible voice that weaves the whole story and allows the game developers to connect the storyline and highlight the important aspects of the game. As a narrator, video game voice-over artists need to convince and provide a different lens through which the player sees the story.

The Hero – Well, everyone is a hero in their own story but in video games, you can be a hero that is going to be the hero of the game. A lot of time is spent on deciding the looks, the origin story, voice, & style of talking of this character. As it is the lead protagonist of the game extra efforts are put into its creation and when everything is put together it creates a magnificent character to lead the story.

The Villain – Yeah, yeah, nowadays, they are called the antagonists. Deciphering the antagonist for looks and style and voice is equally, sometimes more, a difficult job. The hero, story, and the game itself prevail only if there is a strong antagonist. That’s why sometimes catching the perfect voice for an antagonist takes more time and effort.

Well, knowing is half-winning, sure, but remember it is only a half-win. To take complete win you need to prepare and voice-overs in video games take a lot of effort, time, & dedication. Here are some top tips from the industry’s experienced professionals –

Get into the Character – Just like any other acting job, you need to get into the character to justify its whole existence through your voice. It is more like impersonating the qualities and personalities of the character, feeling the emotions, and the story behind the origin. You know experts advise that before you audition for a particular type of video game voice acting job, you should play any similar game to get a better understanding of how it would plausibly operate. So, 2022 is going to be more of a hands-on experience type.

Using Your Body – When you are recording for the game or auditioning for one, do not hesitate to use your body. Meaning, when you are doing the dialogues, you need to imagine and believe that you are actually the lead character and you are in that particular situation. So, while summoning your demons or casting a spell, you must use your physical movements to bring in more authenticity in your voice-over recordings.

Take Breaks & Refuel your Voice – Well, this particular suggestion is common for every long format or intense voice-over recording session. Taking short and silent breaks is crucial to protect your voice. Silent here is the keyword. Because, while on a break you must not even hum a tune. Being completely silent while on break gives your throat and vocal cords the very much-needed rest and relaxation and time to readjust themselves to take up another challenging session.

So, in 2022, not you only are required to be talented with your vocal abilities but also to be aware of new trends and have actual experience and knowledge about how things are done in a specific genre. Also, you might want to update your demo reels, add new genres, or reinvent the old ones with a new style that would benefit you while hunting for your next gig. Finding voice-over jobs might look intimidating but it does not have to be so. You can always register on Voyzapp – The Finest Voice-over Marketplace in India as an artist and land your next video game or any other voice-over job in no time.

An emphatic voice-over can make or break your video game. Pick wisely