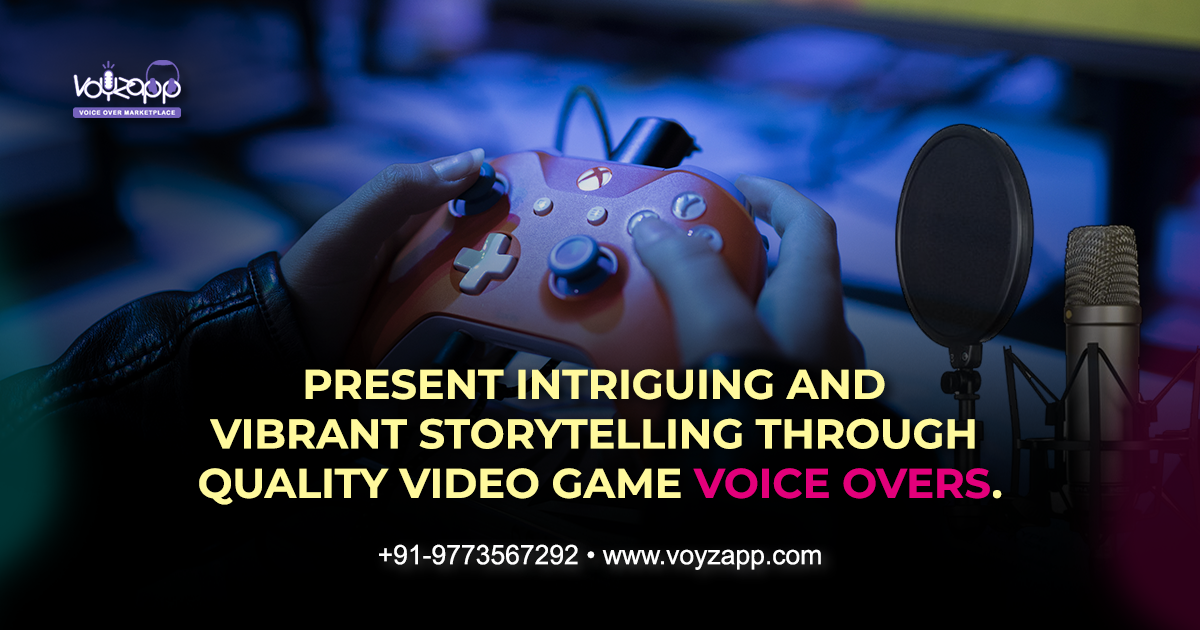 From Assassin’s Creed, PubG, Resident Evil and Tomb Raider, to Batman: Arkham Asylum, the complex, challenging, and ambitious video games have come a long way since the simple arcade games of the 1970s. The scale of video game production values and audience reach has evolved over the past few decades. Today, the most popular video games are franchises with production budgets, crew sizes, and global audience bases that can rival the biggest Hollywood blockbusters. Storylines in today’s video games are far more epic and intricate than they ever used to be, and it isn’t rare for a game to feature a cast of hundreds of different characters.

With more than 2.5 billion video gamers across the world, Video game voice over has opened new avenues for the voice actors! Video games, once solely focused on technical gameplay and visuals, have today become an interactive storytelling medium where good voice acting has become essential to the experience. Games are now reviewed for voice acting performances as the players are actually listening to the performances more than they ever have before. As the best video games pull us into their worlds, enabling us to enter an alternate reality, filled with curiosity and adventure, video game voices help to make the characters and storylines highly captivating. As a gaming content creator, you must incorporate engaging voices to bring your characters to life and increase user engagement. Here’s a breakdown of the kind of roles required for any Video game voice over:

Today gamers have very high expectations not only regarding gameplay, but also regarding voice acting. Therefore, you need a voice talent who can do justice to the character you have developed and bring out the nuances of your creations. The games that captivate players today are more diverse and wide-ranging than video games of the past. They are played across multiple devices, feature larger casts of characters and more complex storylines, and use the power of the human voice to tell immersive and engaging stories. The ability to perform video game voice over requires unique skills and a deep understanding of producing high quality voice recording services. It takes a unique style of voice to pull off video game voice over. There are a number of highly talented voice actors out there, but that doesn’t mean that all of them are equipped with the necessary skills to make it in video game voice over. The ideal video game voice actor will harbor a voice that is simultaneously expressive and capable of conveying authority. Furthermore, video game voice overs are not just limited to storytelling, they can narrate the thoughts of characters who may or may not appear in-game, and who shed light on the game’s plot. You can also use voice overs to give vital clues for puzzles that players come across, and to create more engagement for adventure and elearning games.

Here are some of the traits that you must look in the voice artists to gain a high traction and turn your video game into a success: 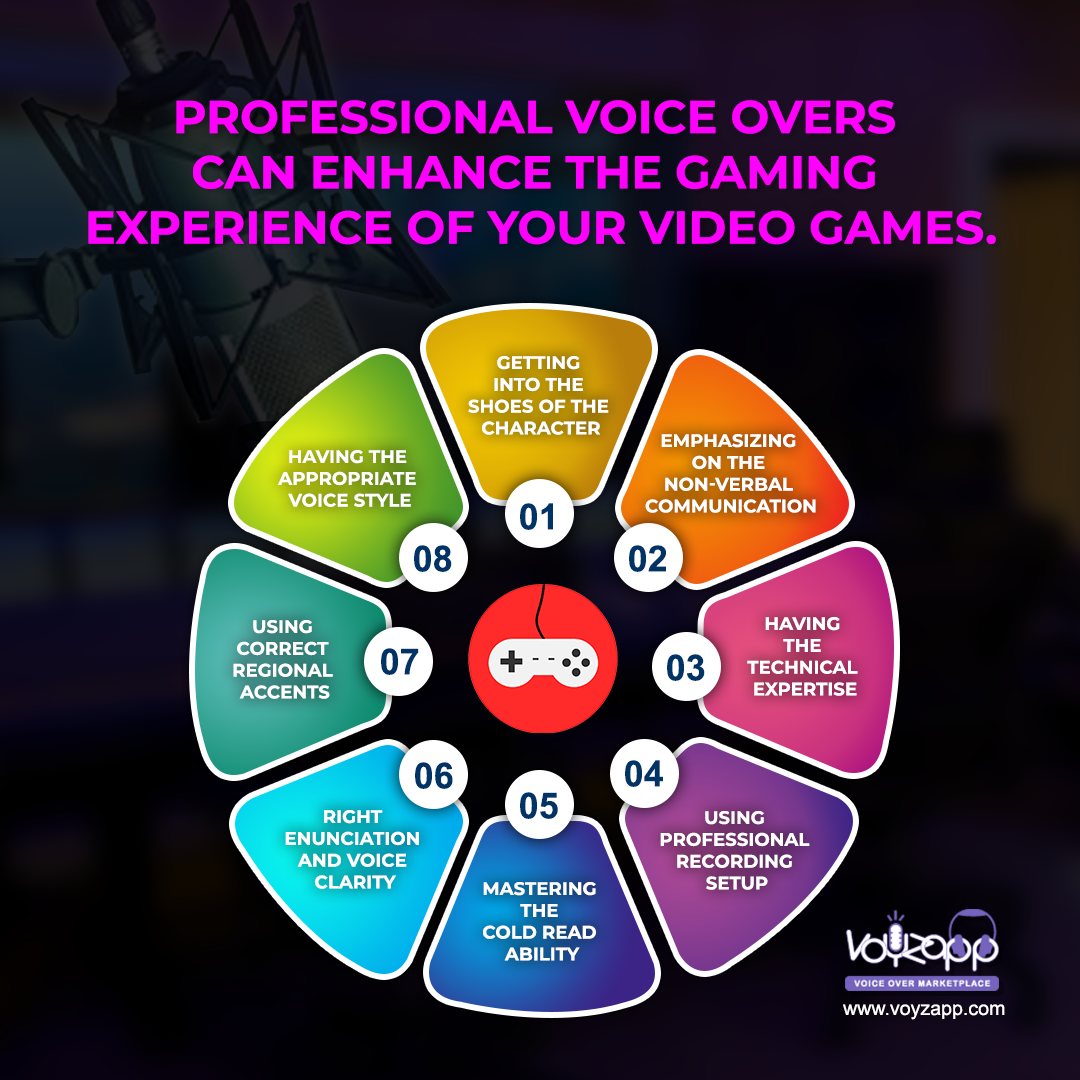 Today Video games are available in several exciting genres and subgenres. This is why it's important to have a professional voice over to create a vibrant world for your players. Sometimes, amateur voice actors may struggle to meet your deadlines. Therefore, a thorough assessment is imperative before hiring a voice actor because who you choose needs to create an engaging experience for your audience. Voyzapp is a leading voice over company in India, where you can hire the best-in-class voice talents easily and compare their costs to select the one that fits your budget!

Hyper-realistic graphics may have changed the gaming world, but their success heavily depends on talented voice actors who tell the stories within the game. In order to have a popular video game, you must design great characters that not only look interesting, but also sound interesting. The right voice over can connect to the large gaming audience, making your character highly memorable and unique. So what are you waiting for? Hire a talented video game voice actor to mesmerize your audience with the dramatic skills and bring out the intriguing flair of your story!

The Step-by-Step Guide To Start Your Own Podcast

Are Online Platforms The Future Of Voiceover Industry?