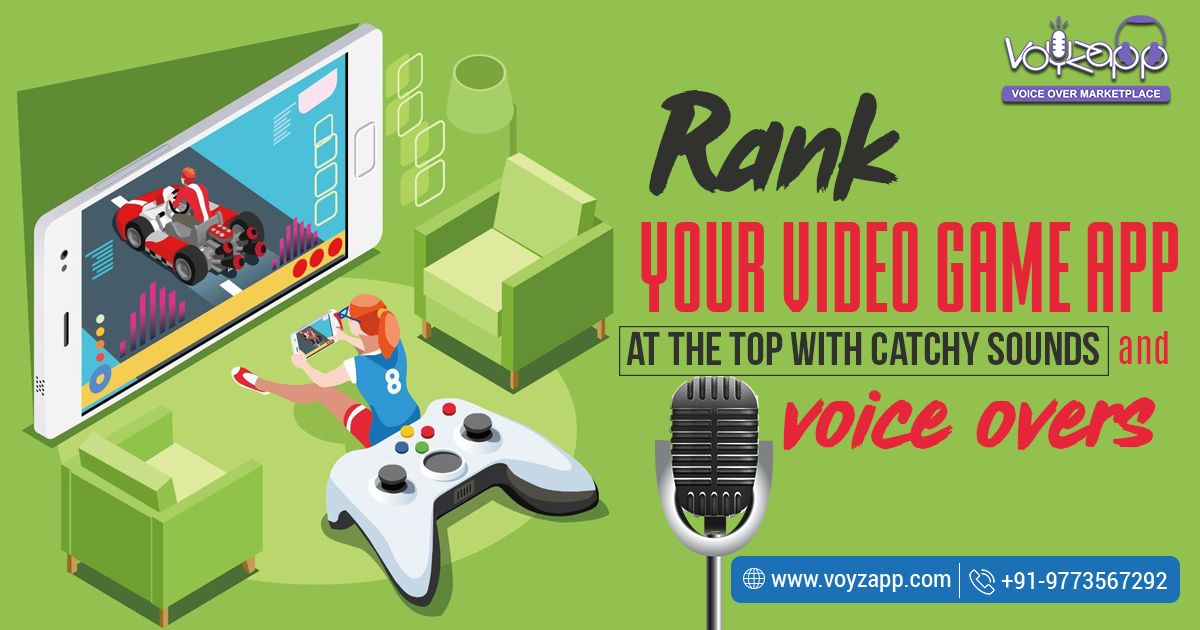 Video games nowadays can be classified as a near work of art. These are, be it a mobile app, proving to be the most engaging and profitable way of storytelling. With the increasing number of video game players around the globe, the demand for quality has also grown many folds. Not just in terms of graphics, controls, and the story of the games are important but the sound effects and voice overs used in the video games are pretty decisive of its success. Bungie’s game Destiny launched with the voice of Hollywood actor Peter Dinklage received a serious backlash despite being great in other areas. The setback was so impactful that the studio had to re-record the whole game replacing Peter Dinklage’s voice. Similarly, games like Mega Man 8 and Ikari Warrior: Victory Road were made a laughing stock because of their poor-quality sound effects. Therefore, when creating a game nowadays, the makers give ample amount of thought and consideration to sound effects and voice overs.

Well, the history of gaming suggests that in 1972, Pong was the first game to be introduced with sound effects. It was a sonar-like, beeping sound generated every time a virtual ball hit a paddle. Modern games, however, use a more complex set of sounds which includes soundtracks, sound effects, and voice overs. The game app makers emphasize a lot having the right sound and voice for the right moment along with clarity and quality. Especially after the failure of Bungie studios ‘Destiny’ even after having such a big name in the voice over, the makers have understood that to rank better and have more players the games are needed to have catchy sounds and impactful voice overs. Voyzapp – the largest online voice over service provider has worked with many game studios and provided successful sounds and voice overs. In our experience, we strongly recommend the inclusion of catchy sound effects and suitable voices in video game apps to attract more players and earn a better standing on the charts. The need for effective sounds and voices can be easily condensed into the following:

Making the game more Extravagant:  When properly aligned with the events of the game, this duo will take your game’s atmosphere to another level. It's not just stuffing the sampled FX, the combination of audio effects and voice overs should create a hypnotic environment for the gamers. Sound effects are usually loud in dynamic scenes but the voice overs follow the general mood of the scene. The calmer sound effects, when dialogues are going on, makes the player more focused on the plot of the game and involved with it. Games that bring this duo into line with the plot, tend to have a greater impact on players and are more successful.

Catchy Sound Effects and Tracks makes the game memorable: It is difficult to figure out the impact of soundtracks on player’s performance, however, a decent soundtrack does make the game memorable. Specifically, in the mobile game app market, where the competition is quite stiff, sound effects play a significant part in catching players’ attention and also increases brand awareness.

Enhance the In-Game Experience: Nowadays, more realistic approaches are being utilized to add different sounds in the games, like using actual guns to get the gun sound in Shooting games or the sound of real cars’ engines in racing games. Understand that the authenticity of sounds of objects in the games is often the reason a player switches to other games. Similarly, when voicing a character, the suitability of the voice, pitch, tone, etc. play a significant role in enhancing the in-game experience of the players. As such choosing a professional voice actor for your video game voice over is not merely a choice, it is a necessity.

Increased Understanding of In-Game Mechanism: Adding correct voice overs and sound effects at correct places increases the player’s understanding of the game’s mechanism by adding acoustic senses with visuals. Rather than adding multiples lines of texts, players pay more attention to narrations and dialogues to get a grasp of the story and what’s next to come in the game. Therefore, adding the duo to the game increases your chances of having a satisfied player and good reviews.

This list is non-exhaustive and there remain many more aspects where the addition of voice overs and catchy sound effects make an impact. In the current video game app market, there is cut-throat competition among the developers to provide the best games. As the video game is already an enormous industry and it is still booming and so is the competition to be the best game studio. The addition of snappy sound effects and affecting voice overs are prudent for a game to top the charts and grab the attention of more players. That’s why Voyzapp offers the most impressive collection of voices and other voice-related services that can prove to be very effective in making your game more impactful.  Our audio-video services are the best in quality at the most cost-effective prices. You can check out thousands of demo reels of voice over artists and compare TATs.

5 TIPS FOR CREATING AN IMPRESSIVE EXPLAINER VIDEO FOR YOUR PRODUCT