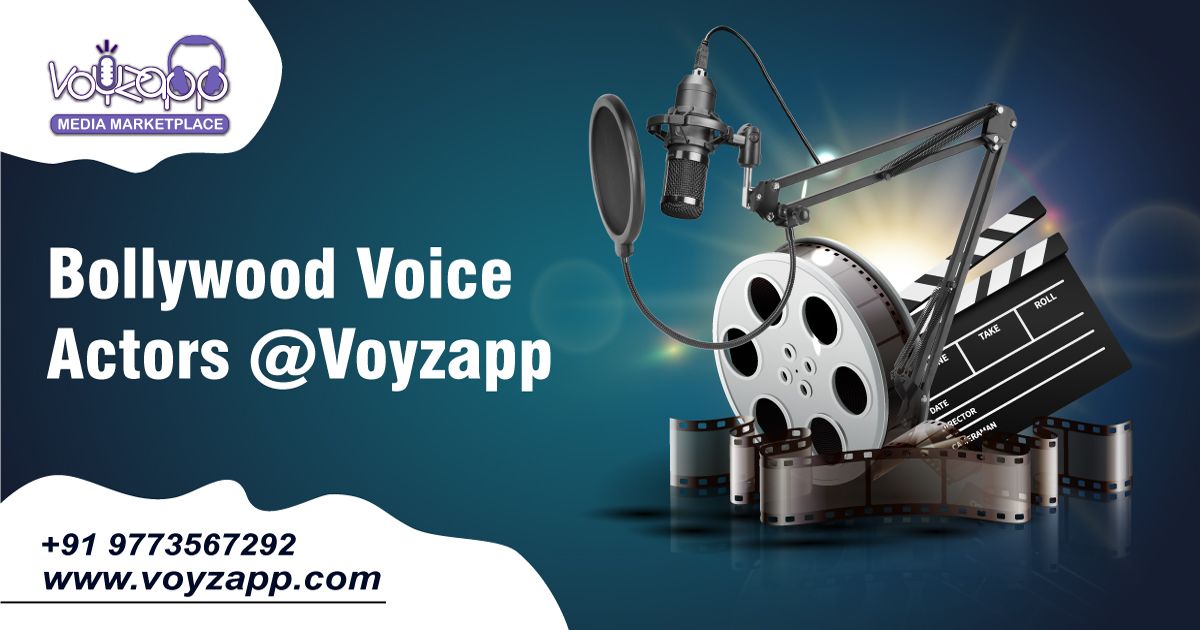 An experienced voice over performer can greatly improve any video's ability to connect with people all across the world. The actual words themselves could be simpler than the tone. When they are silent, a number of elements related to the voice work for the word much better than the word alone. The voice over and the actual video must be perfectly balanced in a good video. Even though the message is straightforward, a competent voice over actor makes the video effective. When we see movies or web series, renowned Bollywood Voice over artists performs the art effortlessly because of the experience they had in the industry.

As Hindi is one of India's official languages, and it is spoken in some form by more than 80% of the population. It is also the language in which Bollywood films are shot, which has greatly contributed to its popularity. If you want to give your production a Hindi voice, our actors, who are all native speakers, are the best option. We have Top Indian Bollywood Voice over artists at Voyzapp’s portal in an affordable price range. With this experience, these Bollywood voice actors inherit shows in their work. Let’s see some of the work of Voyzapp’s premium voice over artist.

Raja Sevak is a famous voice actor and has done dubbing for Hollywood Movies like Shazam (Dr. Sivana), Stranger Things (Ted Wheeler, Powell), Shang Chi/ Spiderman - No way home (Wong), and Bollywood Movies Like Loop Lapeta of Tapsee Panu by giving his voice to Atul Borkar. He is also a renowned Bollywood actor who has worked in Aetbaar along with John Abram, Amitabh Bachchan, and Bipasa Basu. He was also part of the Movie Phas Gaye Re Obama along with Rajat Kapoor, Neha Dhupia, and many more distinguished actors. Raja has also been part of a TV serial telecast on “V Channel” - The Buddy Project. He also directed The Girl & The Autorickshaw. He’s a known writer, and cinematographer too.

Coming to Vikrant Chaturvedi, is a Dubbing artist and Bollywood actor. Vikrant debuted on television in 2001. He gave voice to the character Kansa in the Nickelodeon show. The animated series "Little Krishna" is in 3D. It represents Lord Krishna's childhood. Vikrant plays Krishna's maternal uncle Kansa, the primary antagonist. For the character Silver Surfer, Vikrant dubbed Laurence Fishburne's voice. In 2007, released "Harry Potter and the Order of the Phoenix." He dubbed the character Albus Dumbledore's voice. In the film "The Wolverine," he dubbed the voice of Hiroyuki Sanada. In Chakravartin Ashoka Samrat, he played Mir Khorason.

Rahul B Seth began his career in Mumbai around 1995, and his primary passion has always been music and the creative arts. He started with commercial jingles and occasional backing vocals. Then he realized his secret gift for voicing and dubbing and started his adventure. He's done a lot of Hindi dubbing for the Hollywood film “Armageddon” playing the character of Actor Ban Affleck and give his voice to the movie “I am Legend” playing the character of Will Smith and cartoons & Animation like Pokemon Kipper The Dog Aladin & The Lion Kind, movies, serials, and character voices for commercial films. And it was there that He discovered his place, his stamp. He has always had an interest in music, therefore he progressively expanded out into singing for jingles, title songs, and writing, and he has even made his own jingles and title songs. He has sung songs for Bollywood movies like Yamla Pagla Deewana.

A skilled Voice over performer should be able to keep their speech rhythm consistent such that their voice effectively matches the original sound and that their lips remain synchronized with the actual image. An international language text may change in length after translation, so the Voice over performer must be able to modify their voice in order to sound natural in the original text.

Voice-overs have become crucial for everyone creating audio and video content as businesses strive to go worldwide. Audio material successfully transmits the intended message, resulting in a positive customer experience and increased revenues. By having professional Voiceover audio translate your offerings, you may bridge the language divide and get over cultural hurdles that could otherwise prevent you from expanding outside your own borders. The adoption of voice-over solutions has significantly increased as the demand for and popularity of video content has grown.

To hire Bollywood premium artists, check out Voyzapp - The largest & unique voice over marketplace. We have 30K+ Voice actors in 60+ Languages. We provide the best perfect voices for your project within a few clicks. Let’s get your project some voice!

Artist Casting - One Of The Most Underrated, Yet Significant Parts Of A Popular Bollywood Movie