Artist Casting - One Of The Most Underrated, Yet Significant Parts Of A Popular Bollywood Movie 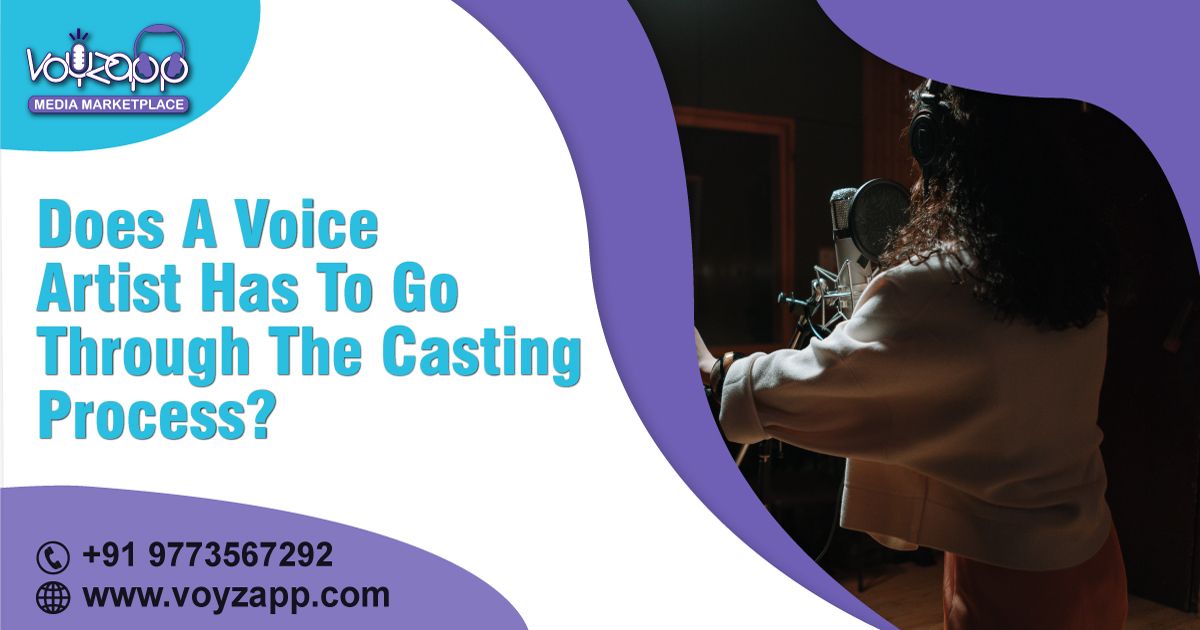 Choosing the appropriate actor is important because one actor can make or destroy a character, much alone an entire film or television production. While the director frequently chooses the primary cast of a film, many directors do not have the time to audition multiple artists for the roles, so casting agents come into play.

"So, What exactly does a casting agent do?" That is a frequently asked question. To cast the artist in a film, casting agents conduct auditions and select the one who fits the role perfectly.

Eventually, when actors are required in a film, commercial, radio advertisement, or any other medium, artists play an important part in projecting a message and creating emotion. While required in a Bollywood movie, advertisements, documentaries, and animated productions (among others) rely heavily on effective and high-quality performance. That says one can dip their feet in commercial voice overs.

The correct artist whether a lead actor, supporting actor, or voice over artist can communicate a message and elicit emotion, but it can also offer a character with a distinct personality and even assist move a tale forward. The artist plays an essential role in various productions, regardless of their use or medium. In a Bollywood movie, if the emotions are not expressed perfectly then it can be a disaster for the film. Artists give the emotion required, and acting can be a terrific way for aspiring actors to secure well-paying acting jobs.

Actors are the face of film and hiring the right one is important for the success of the film, voice over is also used for more than just replacing dialogue and narrating productions, however, these are the most prominent applications. A professional voice actor is required for animation, video games, and a variety of other types of media. The voice over artist must put in a lot of effort regardless of the media, but in a Bollywood movie, they express the emotion of a character with just their voice. They must catch the appropriate tone, elicit a specific emotion, and develop a personality for the character. You can imagine how challenging the procedure might be, not only for the artist but also for the audio engineers. Professional dubbing services in Hindi are required to dub a foreign movie to Hindi.

In terms of the method, artists usually study and are involved in the character and story. The artist first studies the screenplay to master the tone, voice, and emotion to fit the production—which can be the essence of the personality of a character. The actors making sure they are well versed in the character, not just the looks but timing of dialogue delivery is also an important concern in productions, Performers may begin in fringe or a small-scale theater or develop their work, and there may be ensemble roles or understudy parts in larger companies. Some actors and performers, however, may begin in the main part provided they are the proper match for the character.

Casting companies and internet platforms frequently complement one another. Casting sites have undoubtedly traversed borders all over the world. You may book an actor in Pune, India, from the comfort of your downtown sofa! With the advent of technology and internet, online casting has taken over. Some technology powered online casting agencies are providing an unlimited, any-time access to customers to browse talent free of cost!

Before the internet, casting/booking agents would usually find their clients through word of mouth. They'd also consult with other actors, producers, casting directors, and directors.

Now, casting agents are becoming highly active on social media. There has also never been a better moment to start a career in voice acting. For one thing, auditioning for voice acting roles is easier than auditioning for lead actors, and supporting actors because most voice artists can audition from their comfort of home. Quality audio recording equipment is now far cheaper than it was even a few years ago. When voice performers gain new jobs, they may easily record all of their lines from home - in fact, with COVID, this is frequently encouraged, if not mandated. They can join a community of voice actors and advertise that they are looking for specific talent.

Casting agents and brands can find their perfect fit Voice Actors and other Media Stakeholders on Voyzapp where there are 25000+ registered voice over artists with 60+ languages available. Need a voice for your character? We got you! No more restless auditioning. Listen to samples and choose your artist with just a few clicks.

How To Become A Successful Voice Artist On Youtube?

How Online Casting Is Fast Replacing The Conventional Casting

5 key factors to consider when starting your dream podcast