Drishyam 2 Malayalam Vs Hindi: How They're Different? 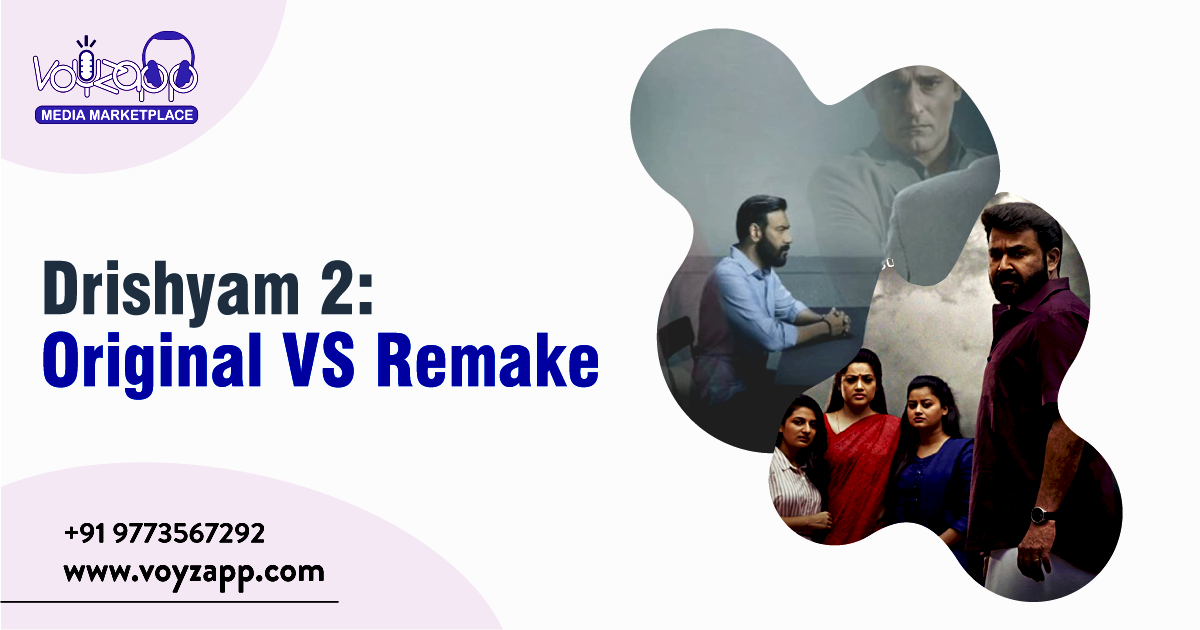 Panorama Studio International producer Kumar Mangat Pathak stated “he had acquired the Hindi remake rights to the Malayalam movie Drishyam 2 - The Resumption”. "With Drishyam 2's enormous success, the story has to be delivered with passion and devotion, and Producers said at that time “they are committed to it."

Original Malayalam Drishyam 2 was available straight on Amazon Prime Video earlier this year. It also garnered overwhelming approval from critics and fans. In the sequel, written and directed by Jeethu Joseph, Malayalam actor Mohanlal reprised his role as Georgekutty.

While the Hindi version of the second installment is slated to hit theatres in November, Ajay was asked how it differs from the original. Ajay responded to the question during the trailer launch event, which was also attended by Tabu and other cast members. He stated that the film is much different from the Malayalam version and that new characters have been introduced in the Hindi version.

While Ajay Devgn, Tabu, Shriya Saran, Rajat Kapoor, Akshaye Khanna, and Isha Datta is the star cast of Hindi Drishyam 2. As it is one of those films that made the audience never forget October 2 & October 3. It is expected that Hindi Drishyam 2 will be a much darker plot than Malayalam Drishyam 2. We can agree with the fans of the original Drishyam 2 that it was darker, now we have to see how the Hindi version is going to be turned. Is the top Hindi dubbing artists are going to give justice.

To set both the movie apart the locations were different. The original Malayalam Drishyam 2 had a set in Kerala and in southern regions, whereas Ajay Devgn starer Hindi Drisyham 2 was shot in Goa.

There were also a lot of characters added, and a lot of adjustments made," Ajay explained. Akshaye's character will not appear in the Malayalam film or Gaitonde. So, many adjustments have been made, yet, as Abhishek stated, the film's soul remains intact. So, we believe that when you watch the film, it will be quite new to you.

Abhishek Pathak, who took over as director following Nishikant Kamat, also responded to the query. He revealed that many adjustments had been made to the Hindi version. "When we started writing the picture, it wasn't like we started shooting straight immediately," he explained.

When we watch a movie, the story is one of the major to start watching but the audio also plays a vital role. If the audio of the movie is not matched well, then you can’t engage the audience long enough. Malayalam Drishyam 2 is not dubbed in any other language, so the feel of the movie is much more real, as the actors who have played the characters have dubbed their roles.

Dubbed films garner both positive and negative reviews. Those who appreciate them are usually pleased with being able to understand films produced in foreign languages, while those who dislike them frequently complain about the monotone voices utilized. Regardless of one's feelings, dubbed films are invariably altered as a result of breaking the original product into portions. The director carefully composes and selects the film's elements, which include actors, background music, source sounds, and angle shots.

Do we simply seal the doors to social integration in the film if dubbing modifies so much of the audience's reception? Top Dubbing services offers their service for films and commercial. Now it comes to should we just enjoy films in their original form, even if we don't understand the dialogue? Will the other aspects provided accent, inflection, speech melody, and so on be enough to convey the message in conjunction with body language, music, and visuals? It is difficult to criticize dubbed films and what they lose in the process when the positive outlook is that a picture gets exposed across geographical and language borders. As of now, when we watch dubbed films, we are viewing 'patched' films and are unaware of the original product in its most accurate form. It's a push-pull relationship, a fight of gain & loss.

But it also comes to one point, The dialogue. As Voice actor tries to deliver their best in the required language but the dialogue is not well translated it is going to lose its meaning. When a key part of a film, such as the dialogue, is replaced with entirely other forms, the result is always inferior to the original. Similarly, the translation of words is inferior to voice replacement. It is not difficult to locate a close analog of a regularly used term in one culture in another. Dubbed films, on the other hand, do not and simply cannot duplicate the genuine texture and awareness of a voice, altering the overall delivery. Voyzapp - a leading voice over marketplace has a team of 30K+ experienced artists in the field of dubbing and voice over. We believe in full customer satisfaction and on-time delivery of projects.

Dubbing A Bollywood Movie With A Foreign Language? Pick Your Agency Wisely

5 Tips To Help Determine Your Price As A Voice Actor

5 Dubbing Errors You Need to Fix