With The Ascent Of Otts, Are We Moving Towards A Decline Of The Good Old Cable Television? 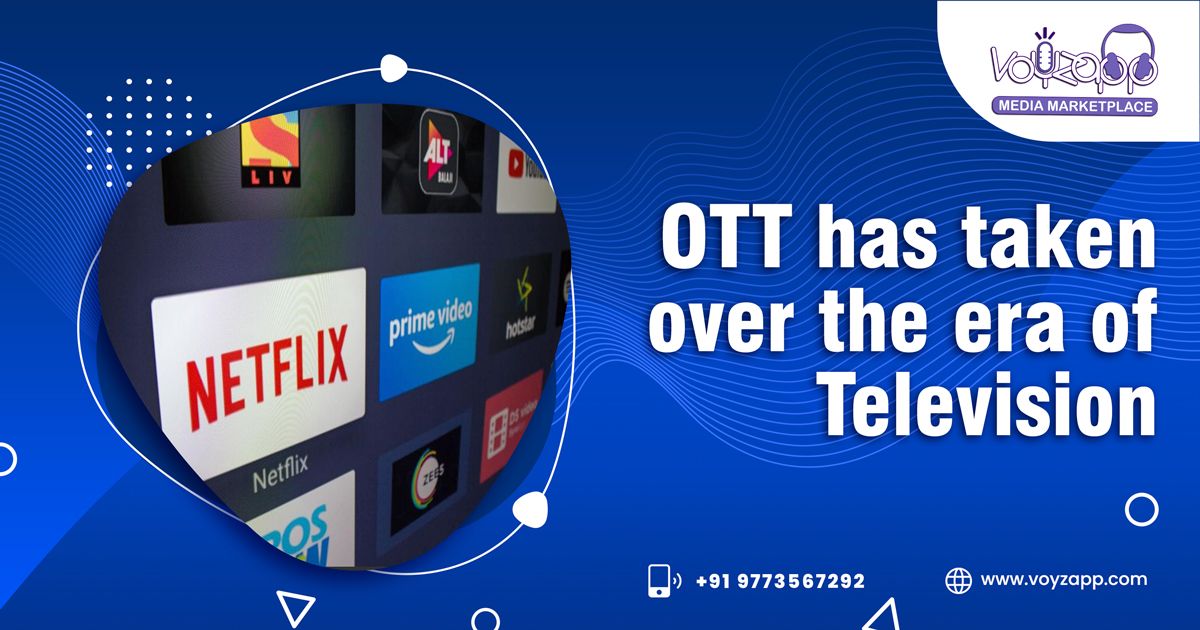 India has had televisions in every home for years. For as long as anyone can remember, a family's television set served as its sort of center. Even if the shows weren't their favorites, the family would gather in front of the television to watch them together. For a very long time, television served as the main form of entertainment in Indian homes and it has a significant emotional significance. Exactly when was the last time you watched television?

The novel alternative that is currently on the rise and bringing television entertainment to screens in people's pockets is called over-the-top (OTT) casting fresh actors, writers, and voice over talents. In this day of rapid technological advancement, people are more aware of the costs associated with the services they purchase. OTT allows users to watch movies and TV shows online without having to pay for cable television. In India, OTT platforms are rapidly dominating the country's entertainment business.

The Global pandemic has also dramatically impacted the traditional form of enjoyment for many of us. People consider their options and select the best one. Television has definitely declined as a result of the increase in demand for online and diverse material.

You have the choice to view the movies and TV shows you want whenever it's convenient for you thanks to OTT services. Even though the vast majority of people in the nation watch television, there is a major shift towards OTT services like Netflix, Amazon Prime, and Hotstar. With the advent of OTT, the demand for professional Hindi narrators is increasing as OTT producers are constantly looking for fresh talent for movies and web series.

OTT is expanding more than ever. The environment has never been better for the development of over-the-top (OTT) video streaming service providers like Netflix, Amazon, and many others thanks to quick video streaming, increased internet bandwidth, and also the talented artists whether the actors, writers, or voice over artists. The amount of internet data used each minute has decreased as well. A two-and-a-half-hour movie used to take up 1GB of data to broadcast at 360p quality. These days, a 480p version of the same movie may be downloaded for 800MB. As a result, quality has increased and data usage per minute has decreased. Now, people can view two movies while using just 1.5 GB of internet.

The different ways how OTT has turned the tables of good old cable TV:

Voyzapp – the largest voice over marketplace in India – hosts thousands of creative artists and is revolutionizing the way casting is done. With an open platform, Voyzapp enables customers to search for the voice actor who fits their project and hire voice actor online instantly.

The Best voice recording Software for 2022