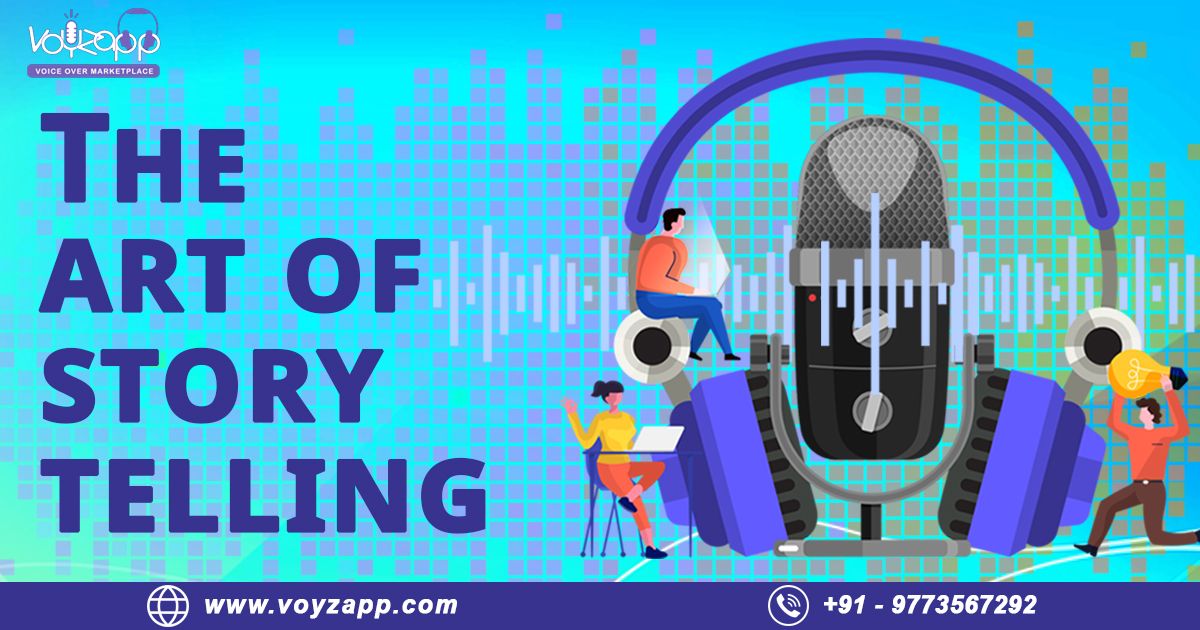 When a writer or an author writes a story or a story, it takes a lot of dedication, personal experiences, thoughts, emotions, and more in addition to the skill of creating compelling characters and lettering down a thrilling story. These are just a few things to name; it takes much more than that in weaving those characters into the plots. It’s almost like they pour their hearts out while writing a story. Therefore, while converting that written piece into audio format, requires more than just a good voice and a few sets of voice-over skills. An audiobook narrator is required to mesmerize the audience with his/her narration taking them on a roller-coaster ride of emotions, thoughts, and memories as and when the story asks. Simply reading a book or reading and trying to depict the emotions in it, is not going to cut it. You must make the audience connect and feel what the characters of the story are feeling and what the writer felt while writing the part of the story. So, being an audiobook narrator takes a lot more than being a voice-over artist.

So, if you are an author or a voice artist who has plans about getting into the world of audiobooks, Voyzapp – the leading voice-over agency has put down some crucial points to consider down below –

Engrossed in Work – An audiobook narrator needs to get involved in the story. Create his/her own world while narrating and seeing things happening as the story progresses, the saying ‘lost in a good book’. Until and unless a narrator is consumed in the book, he/she cannot produce the personal inflections in the story. If the narrator does not feel teleported into a different world while narrating the story, the listeners won’t feel it too. So, a narrator should be enjoying it and it should get noticed by the listeners. There is no point in listening to a halfhearted fight scene or an unromantic kiss. The narrator should be able to have listeners spell-bound. Breath life into the characters and make listeners see them in their heads.

Articulation is Key – An Audiobook voice-over artist needs to spend time reading and comprehending the characters. All the shades of every character and how these characters would talk, react, or emote in different situations of the story. It's almost like a theatre artist spending time with the character of the play, understanding them, comprehending its different tints. Without it, voice-over actors might overemphasize things that would feel superficial or under-emphasize things that would make the story feel weak and listeners would lose interest in it. Therefore, finding the correct articulation of characters and the scenes of the story is crucial for gripping and successful audiobook narration.

Authenticating Characters Voices – Once a narrator has articulated the characters, he/she needs to work on the voices and especially the accents of the characters. A story might involve characters from different origins and regions and to justify that the narrator should know whether to use the accent when to use the accent and most importantly when to drop it. It depends vastly on the plots of the story and understanding of the narrator. For instance, there are two major sects of English, British & American, but these two sects have multiple subsects of them, varying from region to region. So, the narrator must know the speech of the characters, and whether to use it or not. Adding to these is creating the difference between the voices of different characters. Apart from accents or dialects, a storyteller makes different characters sound as distinctive from each other as possible.

Pause, Play, & Fast-forward – The pacing matters, period. As an audiobook voice-over artist, one must know when to pause, let the words (situation of the story) sink in and when to pace up to express the scenes. These little speed-ups and holds humanize the characters and the story. It makes the audience connect and get more involved. Striking listeners' emotions and thoughts about what’s going to happen next in the story. A natural talent of pacing might come in handy here as knowing how much to it is vital. Though these qualities of pacing and pausing don’t get noticed by the audience unless it’s a melodramatic scene. But it's prudent for driving and navigating the story.

Vocal Consistency – Audiobook narration is a time-consuming process, but the results are worth the wait. A good story-telling narrator ensures that the voice does not show the signs of fatigue, irregularities, or detachment, and the whole story is narrated in the same voice. Such inconsistencies, if happen, break the listeners’ connection, and deviate their attention from the story.

The bottom line is a storyteller needs to entice the listeners about the story or the book, strike multiple emotional chords, and evoke different thoughts. By doing so, the narrator justifies the work, creativity, and everything else the writer has put in penning it down and he/she has in narrating it. If you are looking for some experienced audiobook narrators, who are experts in the craft, have the skills, and the little something extra that captivates the listeners, Voyzapp is the best voice-over marketplace to look for.

HOW TO CHOOSE THE MOST SUITABLE NARRATOR FOR YOUR AUDIOBOOK

Add Intrigue To Your Documentary Storylines Through Impressive Voices Overs

How To Create Captivating Radio Advertisements Through Professional Voice Overs