Give unique personality to video game characters through voice overs

The video game industry is evolving like no other! The gaming industry is transforming technology, sports and even pop culture! With such a huge revolution, the video game industry presents endless opportunities for voice actors. The voices are required for various characters including heros, villians, side characters and even a primate avatar! As the world is becoming globalised each day, the gaming industry has also eased its way into local markets and has expanded its reach. And this has opened even more avenues for native and professional voice over actor. The voice over recordings in video games are primarily required for:

It's true that there’s a lot that goes into making a video game - from huge investments to creative ideas, programming and software. But voice overs can provide instant life to any character by adding another dimension to the game, making the gameplay more immersive. Hence, you need to focus on veteron voice artists who can provide interactive storytelling along with voice acting. 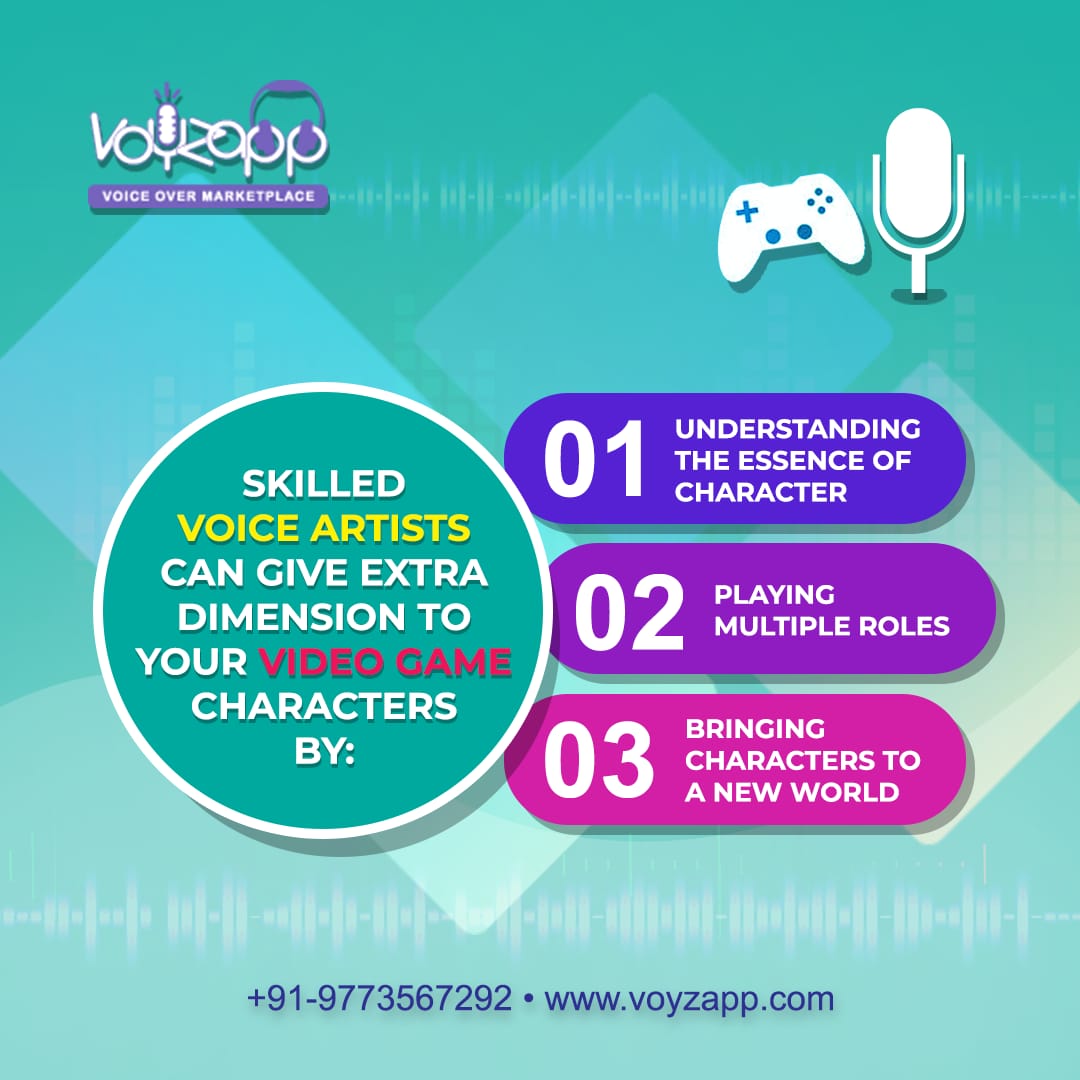 Here are few skills to look for in voice actor that can define his/her craft of voice acting:

There are thousands of voice artists with different talent and experience to offer and therefore, it's important to analyse your budget too before choosing any veteran voice talent. Voyzapp is a premium voice over agency and has numerous artists who provide quality and cost effective video game voice overs at a rapid turnaround time! With professional voice artists and the option of listening to various samples in multiple categories and languages, you even have the option of sorting artists according to costs and delivery time.

The right voice artist ensures that the context delivered is proper and informs the gamer of what they need to know by enacting the same sentence in a different manner. Therefore selecting a professional video game voice actor can strengthen a player's relationship with the gaming universe by capturing the right essence.

Select the brand voice carefully to communicate with your audience better

IVR Voice Overs: A building block to your brand’s image